The announcement this week of Facebook’s full-on venture into the world of Cryptocurrency and Banking, via Libra, the cryptocurrency, and Calibra, the blockchain payments platform supporting the back-office processing function, may well be described as the “Rock Musical Hair” sang in the 1970’s with the memorable line “This is the dawning of the age of Aquarius” reflecting the dawn of a new Age in commerce.

The development of digital technologies to disrupt what has been the domain of global governments & large banking and financial institutions, since the middle ages, the currency & payments system, may well be the catalyst for the removal of political financial borders and the dawn of a new age of commercialism. If there was one company that could challenge this rusted on and traditional method of commerce it is Facebook.

Facebook is the online social network behemoth, founded by Mark Zuckerberg in 2004, and through successive acquisitions and growth in online users, has grown into a business with a market cap of $US535bln. By comparison, the largest bank in the US, JPMorgan, has a market cap of $US 356bln and Visa, the largest payments platform, is capitalised at $US 337bln.

Facebook with 2.3bln active users, and its subsidiaries, WhatsApp, with 1.5 bln users and Instagram with 1 bln active users, has the highest level of personal touch points with individuals in the world. More than any other single corporate entity. Even WeChat, the largest online platform in China with just under 1 billion users is dwarfed by the online reach of Facebook. Imagine the colossal power and influence of one company with this number of individual users was able to develop a global currency and payments system that was transportable, secure, and most importantly, stable. It would be the most disruptive and financially powerful business on the planet. 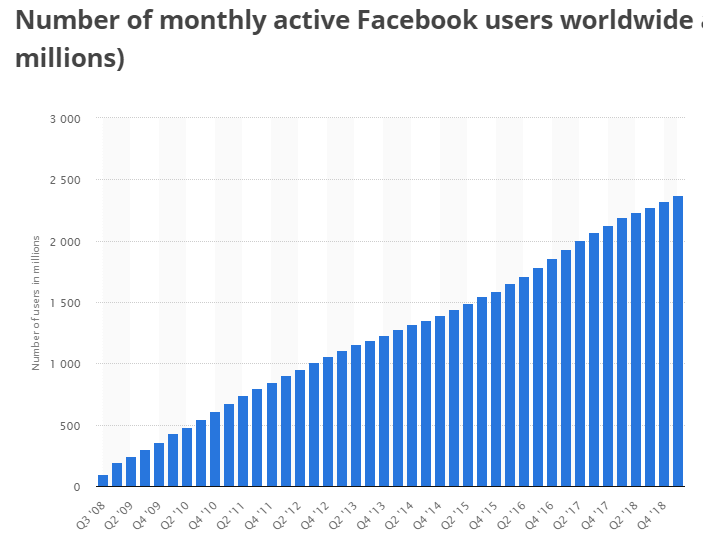 Who knows how the vision for such a business is conceived, but when one considers that only 15 short years ago, Facebook existed only as a good idea for college students to rate each other’s attractiveness, the experience gained and wealth generated by the online explosion in Facebook, suggests only a brave man would bet against Facebook’s ability to execute such an audacious business.

The vision of Libra/Calibra, could quite literally be the solution to Purchasing Power Parity, where the Libra becomes the default currency or constant, in global trade for respective baskets of goods, and the “exchange rate” as we have historically known it is absorbed and is reflected in the amount of goods purchased.

Blockchain, is the system in which a record of each financial transaction made in Libra (or any other cryptocurrency such as Bitcoin) is maintained across computers that are linked in a peer to peer network. The intention is to make it as easy to send money or transact cross border business & commerce overseas, as it is to send a photo. The difference is that Libra/ Calibra will be backed by a more stable government backed money and will be run, not by Facebook, but by a non-profit association supported by other existing payment platforms such as Visa & PayPal, tech giants, eBay, Lyft, Spotify and Uber.

The vision of this new dawn in commerce, is not necessarily focused on success and growth in the US. People in the US are privileged when it comes to having a stable currency and trusted financial institutions. The security and stability in the financial system afforded to US citizens cannot be said for many of the billions of Facebook users across the world. Trust in your financial institution is a relative concept, but if you were a Facebook user in Venezuela, Syria, Ukraine, Greece, Republic of Congo or Yemen you may well trust Facebook a lot more than your local financial institution. For this technology to develop, users are going to have to trust Facebook, to hold secure onto your Libra tokens, deliver a user-friendly wallet (Calibra) to enable you to transact, and to provide stability in value across borders irrespective of the prevailing political sentiment.

If Facebook can validate this existing technology and get everyday users to engage, this may well be “The dawning of the age of Aquarius” and Libra may well become the global currency of choice.