Following on from yesterday’s piece on Green Steel, and the use of hydrogen manufactured from renewable sources of electricity, comes an announcement from General Motors that they are taking a 11% stake in Nikola Corporation, an electric and hydrogen powered truck manufacturer. This wide-ranging alliance covers quite a few critical issues that certainly puts GM and their enormous car manufacturing capability back on the new path, building both battery and hydrogen powered commercial vehicles. This alliance, should put investors on notice who think that TESLA is the be-all-and-end-all in the electric vehicle space.

The debate on battery-powered electric vehicles vs hydrogen-powered electric vehicles has occupied much space in the renewable and fossil free energy space for some time. As developments in both technologies advance, so to do the pros and cons of the debate. TESLA CEO Elon Musk, has been a vocal critic of hydrogen powered vehicles in the past, calling them “mind-boggingly stupid” and “fool cells”. That said, the Japanese government has made the decision to adopt hydrogen and integrate it into the fabric of their society. By March 2021, they will have 160 fuelling stations and 40,000 fuel cell vehicles on the road. This change is backed by car companies Toyota and Honda and Nippon Oil & Energy, who are not exactly new to producing vehicles or energy and would not be classified as “fools” either.

On the surface, hydrogen vehicles make a lot of sense. Hydrogen has a specific energy density of 40,000 watt hrs per kg, versus a lithium battery that has at most 278 but most average batteries have around 167wh/kg. So, hydrogen fuel cells have circa 230x more energy per kg than lithium. This is important as to have effective range, a lithium battery car needs more batteries which weigh a lot which means things like brakes and car construction need to be stronger, which again comes at a price. In addition, refuelling a hydrogen fuel cell only takes 5 minutes, similar to an internal combustion engine, where as a Tesla Model S for example takes 3 hrs to recharge. Where battery technology is ahead is on the efficiency of production. Manufacturing hydrogen using the steam-methan reforming reaction process, from electricity sourced from fossil fuels is very inefficient and very pollutive. So using green energy is the way to go. Using electrolysis to make hydrogen from green sources, like wind and solar, is still relatively inefficient as the energy resulting from the hydrogen produced is 30% less than electrical energy used to make it. The compression of hydrogen involves further uses of electricity as its temperature must be lowered to minus 250deg C to compress effectively. This again hinders the efficiency argument for hydrogen.

All of these considerations though are not being considered as insurmountable barriers to building, manufacturing and integrating hydrogen vehicles into society. This is where the General Motors/ Nikola Corporation partnership is a win-win. GM will initially manufacture a pickup truck for Nikola called the Badger, supplying it with two different variants, one with batteries and one with a hydrogen fuel cells. Nikola also manufactures Class 7/8 long haul commercial trucks to which GM will be the exclusive provider of hydrogen fuel technology. In exchange for providing engineering and manufacturing resources to Nikola, General Motors will receive a 11% stake (47.698m share) in Nikola valued at $2.4bln as at the close on Wednesday. 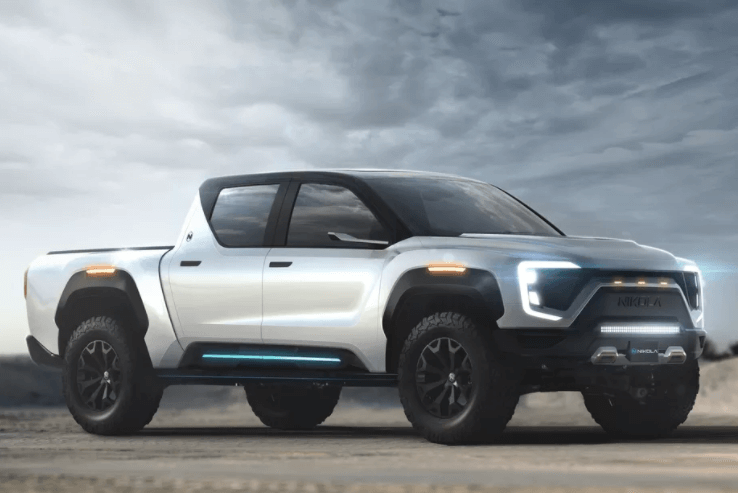 The alliance with Nikola Corp validates work undertaken by GM over the past few years, but went unrewarded by the market. GM’s in house “Ultium” battery technology is the choice for the Badger pickup, despite the offer of other equally competitive battery technology available. It validates GM’s alliance with Honda to produce the “Hydrotec” hydrogen fuel cell technology as the source of power for the  Nikola’s long range commercial trucks.

According to JPMorgan, General Motors is now rated overweight for its best-in-class leverage to global growth, ongoing operational turnaround and improving product cadence. JPMorgan find GM shares attractive both on a valuation and also on further positive news catalysts, principally around the capital allocation. It should be noted that GM did not pay cash for its stake in Nikola Corp. In addition, recent strong sales in their recently refreshed full sized pickups and SUV’s is providing additional impetus. 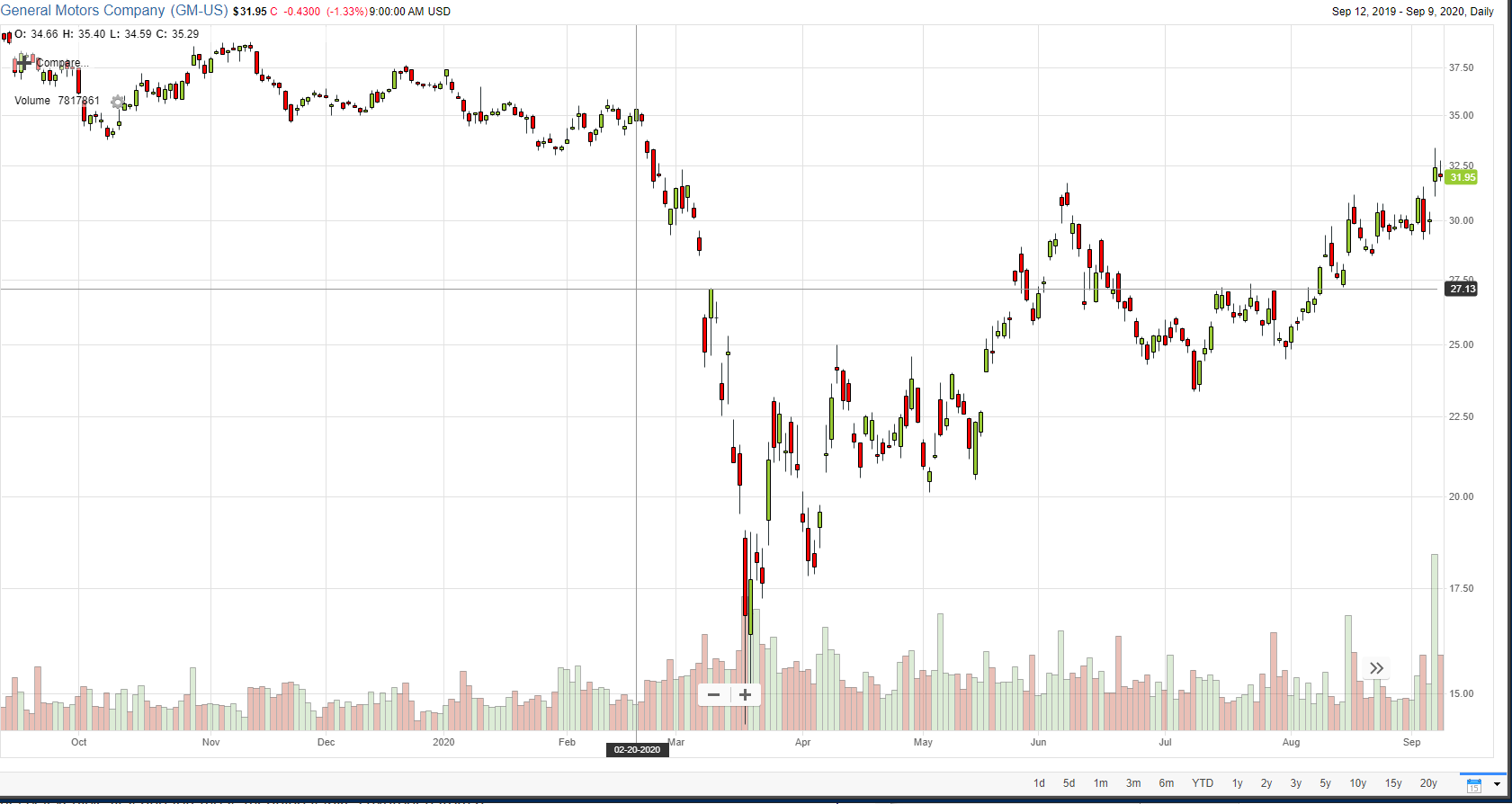