The emergency authorisation granted to Abbott Labs’ 15-minute coronavirus test may be the game changer we’ve been waiting for. The test could be a key pillar in enabling health authorities to get a handle on the virus’ incidence throughout various population centres, and importantly, use this up-to-date data to plan critical response strategies to combat the infection in society.

A key problem to date has been the bottleneck in not only testing capacity, but also the time taken to get the results back. As we all understand, just one infected person who does not realise they are infected could inadvertently spread this disease over a enormous area and potentially infect numerous of people.

Abbott Labs’ new product, called “BinaxNOW”, can be implemented without reliance laboratory equipment to assay the results. This lab work has taken as long as two weeks, but streamlining has lowered that time between testing and results to circa 24 hours. That is still more than enough time to spread the virus far and wide. 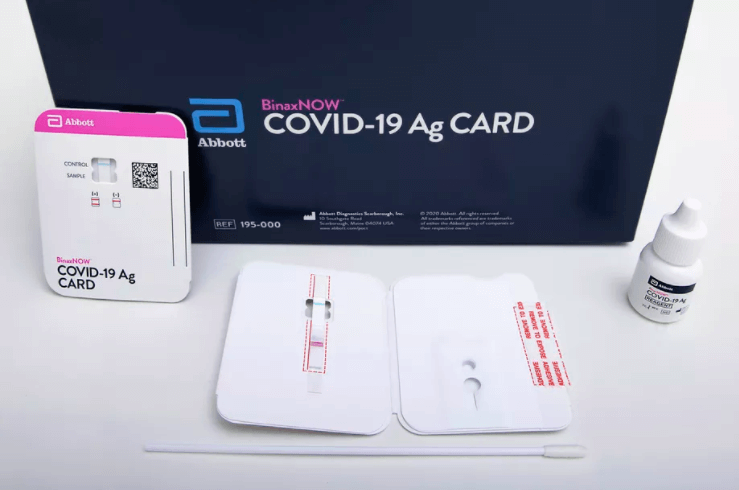 According to John Hackett, divisional vice president of applied research and technology at Abbott Diagnostics, this test can be used at massive scale to help overcome the waiting time for test results. The BinaxNOW test uses a nasal swab and a small reactive card and, importantly, can be administered by a range of healthcare workers, pharmacists and potentially schools, so pretty much anywhere. The BinaxNOW test uses similar technology that is used in home pregnancy tests, lateral flow technology, where a liquid sample is run across the surface of the pad which has reactive molecules that react and show the result. Pregnancy tests are designed to detect a hormone, while the BinaxNOW is looking for a specific antigen, which is a tiny portion of coronavirus protein that is collected from the nasal swab.

The exciting aspect of this particular test is its accuracy. Abbott Laboratories claim the BinaxNOW test has a 97.1% accuracy which means it correctly diagnosed those with the infection, while it also correctly ruled those who are not infected 98.5% of the time.

In addition to the test, Abbott is also rolling out a mobile app called Navica with the test, which is designed to give those patients tested, an electronic record of their coronavirus status. This app could be the key that enables health officials and politicians the ability to start reopening the economy. In a sense it could be used as a medical boarding pass which will allow those who test negative to return to everyday activities sooner rather than later.

Abbott state they will be able to manufacture up to 50 million tests per month by the end of October. The scale of infection with existing testing technology has averaged 42,082 positive cases per day, and as of Monday a total of 6,041,800 people had been infected, with sadly 183,400 deaths. The ability to widely distribute the test, and through smartphone technology, have each individual who has been tested negative to hold this passport of health, could potentially change how the world deals with the pandemic. At present, the US does circa 600 to 700 tests per day or 20mln per month. The Rockerfeller Institute believes this number needs to be in excess of 30mln to enable health workers and politicians to get a real perspective on the infection rate.

The other benefit is cost. The circa 600 to 700 tests per day require a centralised lab facility with specialised equipment to detect the genetic material unique to SARS-CoV-2, making the cost of a typical test $100. Abbott has outlined the cost of its BinaxNOW will be $5. This is not only a huge saving in terms of cost, but it also frees the lab time to deal with other more pressing issues. The US government has already confirmed a purchase order for 150mln tests kits as it works to boost the number of daily tests to over 1 million per day.

Since the announcement, Abbott Laboratories has jumped 5%, as analysts incorporate the additional revenue from the BinaxNOW sales into their forecasts. As most analysts are forecasting that life with COVID-19 will be the new norm, the sale of testing kits are potentially likely to follow sales of influenza style products on an annualised basis. 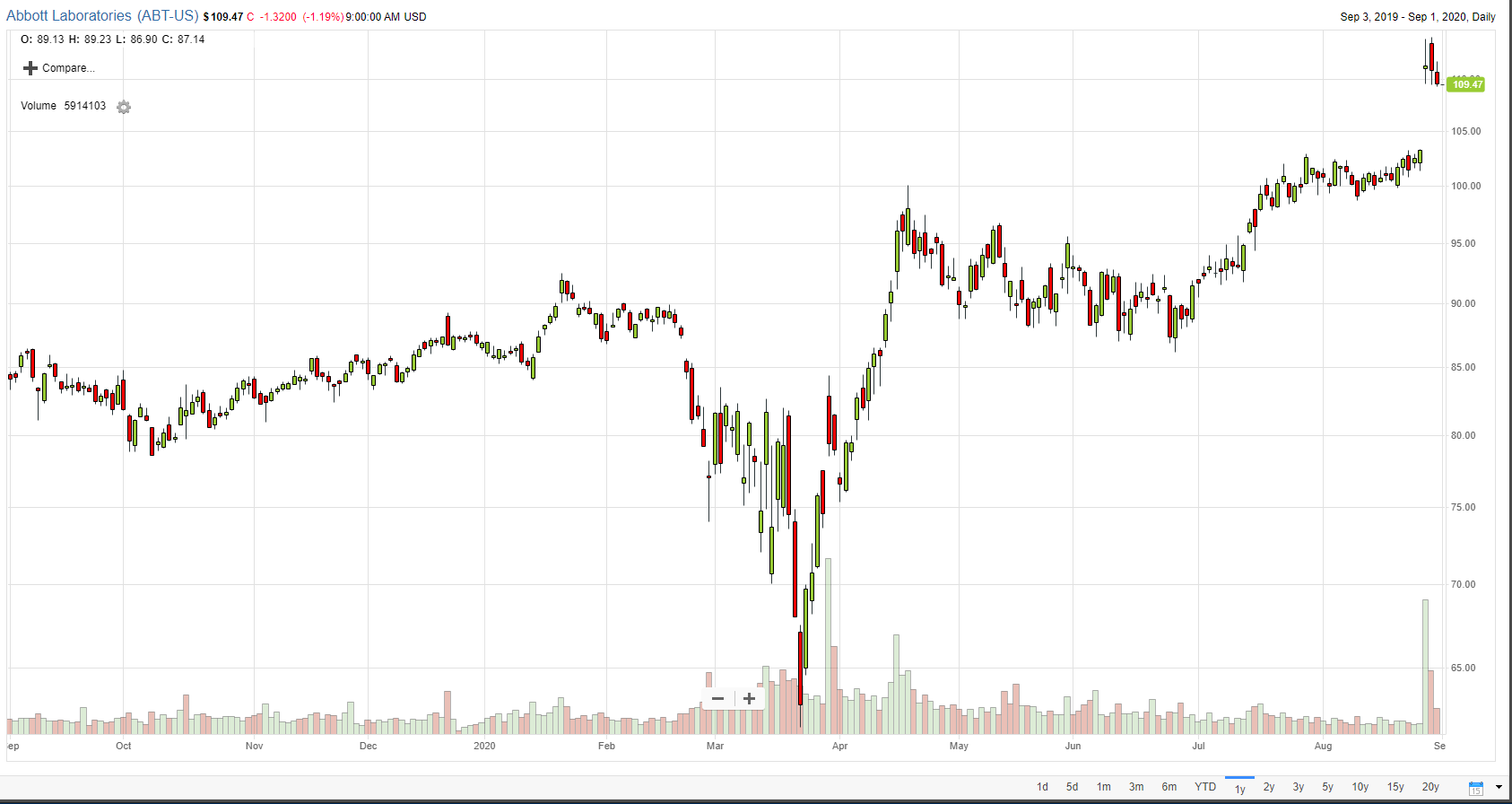